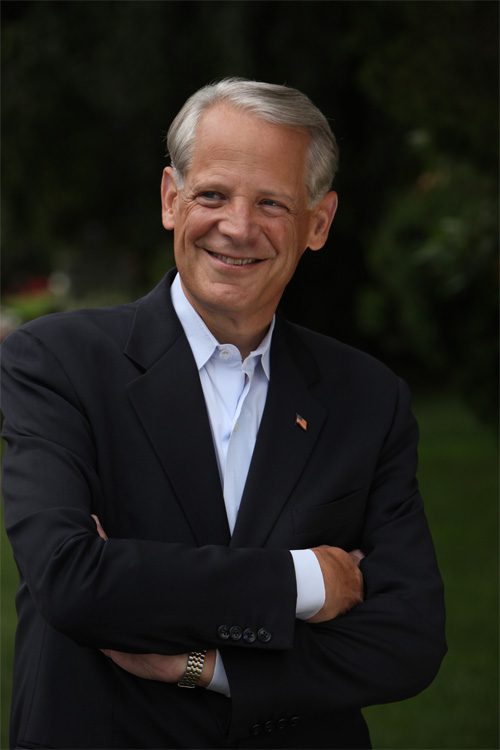 Former Congressman Steve Israel joined the AFA Board of Directors in 2017, following sixteen years as a Member of Congress, from 2001-2017. During his tenure, he was instrumental in securing passage of funding for the Defense Department to research Alzheimer’s and potential links to brain injuries and post-traumatic stress disorder (PTSD). He also served as House Democrats’ chief political strategist for four years. President Bill Clinton called him “one of the most thoughtful Members of Congress.” Israel also published two critically acclaimed satires of Washington entitled “The Global War on Morris” and “Big Guns.”

Israel is Director of the Institute of Politics and Global Affairs at Cornell University, and is a regular political commentator on MSNBC. His insights appear regularly in The New York Times, Washington Post, Foreign Affairs, 6O minutes, Last Week Tonight with John Oliver, Fox News and elsewhere.

Israel graduated from George Washington University with a BA in Political Science. He has two daughters – one works as a farmer, the other in Pharma. His home is in Oyster Bay, Long Island.