AFA on Campus is a division of the Alzheimer’s Foundation of America (AFA) that caters exclusively to students at colleges and universities across the country in an effort to engage them in awareness-raising activities and to groom tomorrow’s leaders in the Alzheimer’s community. Initially founded as an offshoot of our AFA Teens division, AFA On Campus provides an opportunity for individuals who have been involved in the cause during high school to continue their efforts.

Currently, AFA on Campus has chapters at the following colleges and universities.

Start an AFA on Campus Chapter at Your College/University

AFA regularly welcomes and accepts applications from students who would like to take a leadership role in the fight against Alzheimer’s disease by creating an AFA on Campus chapter. AFA’s Young Leadership Coordinator works with students nationwide to launch and grow AFA on Campus chapters. If you’re interested in starting a chapter, we’d love to hear from you!

Start an AFA on Campus Chapter

Virtual Community Class: Broadway Concert with The Caravan of Angels

Virtual Community Class: Broadway Concert with The Caravan of Angels 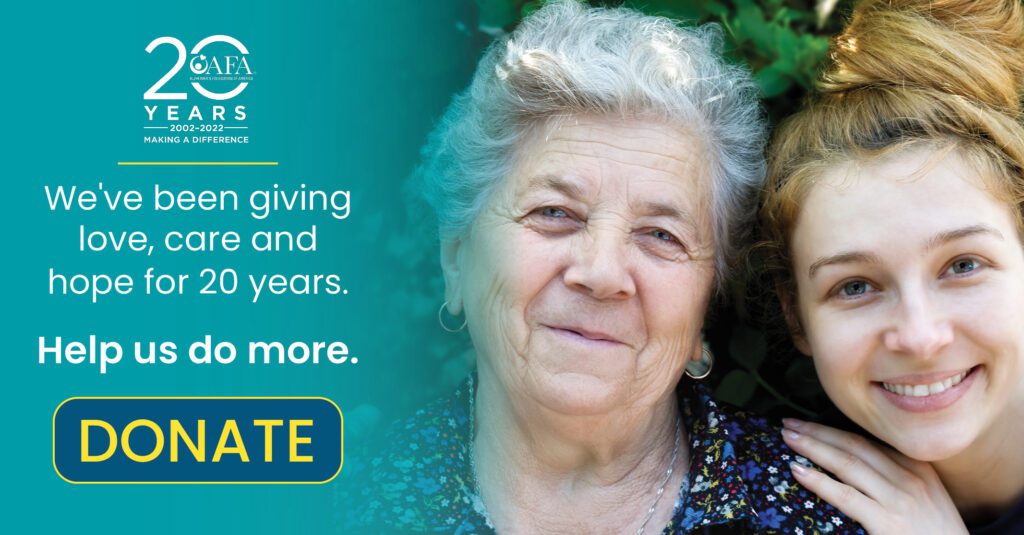