(October 20, 2021)—   On November 4, sites in all 50 states and around the world will light up in teal for Alzheimer’s awareness as part of the Alzheimer’s Foundation of America’s (AFA) Light the World in Teal campaign. More than 375 sites throughout the United States and 11 other countries have already signed up to “go teal”—from skyscrapers and stadiums in major cities to small town halls.

Light the World in Teal is an annual program held in November as part of Alzheimer’s Awareness Month. People and places around the world “go teal” to raise awareness and show support for the millions of people affected by Alzheimer’s. Teal is AFA’s Alzheimer’s awareness color.

“Light the World in Teal is a tremendous initiative that demonstrates unity around the world in the battle against Alzheimer’s disease,” said Charles J. Fuschillo, Jr., AFA’s President & CEO. “We are grateful to every site that is helping to shine a spotlight on Alzheimer’s disease through this program. We invite other sites, as well as individuals, to join the more than 350 landmarks that are going teal on November 4.”

Building wishing to participate in the initiative can sign up by visiting www.lighttheworldinteal.com. Individuals can also participate in Light the World in Teal by wearing teal, turning their porch lights teal, turning their social media profile picture or cover photo teal—samples can be found by visiting www.lighttheworldinteal.com. Use the hashtag #AFALightTheWorldInTeal to help raise Alzheimer’s awareness. 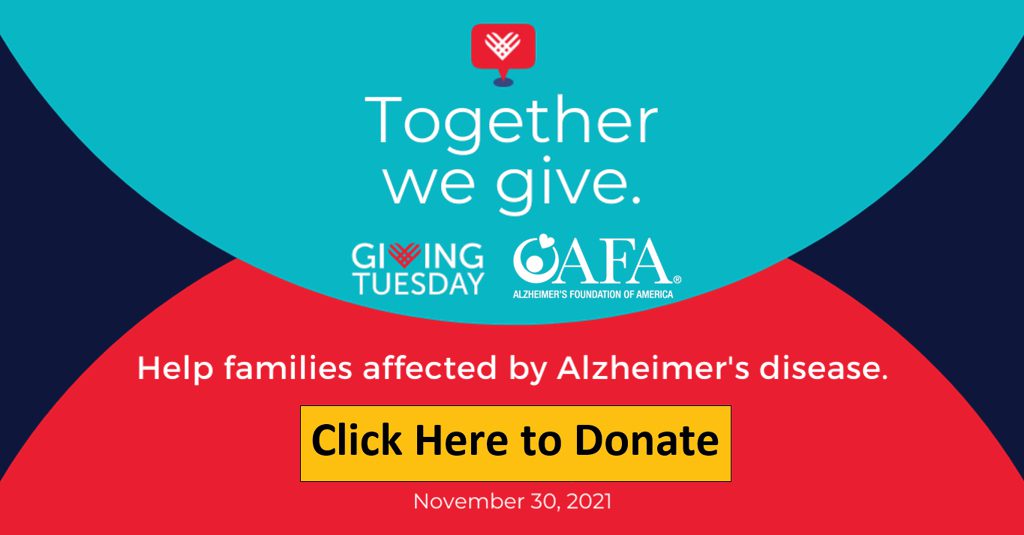