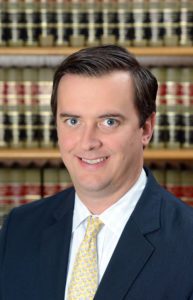 The Alzheimer’s Foundation of America (AFA) announced that Matthew F. Didora, Esq. of Rockville Centre, NY has been appointed to its Associate Board of Directors.

“Mr. Didora is an extremely dedicated and accomplished individual who shares our mission of spreading awareness and knowledge of Alzheimer’s disease and other dementia-related illnesses,” said Charles J. Fuschillo, Jr., AFA’s President and Chief Executive Officer. “His family’s experiences with Alzheimer’s have inspired him to serve and support others in their battle against this terrible disease.  We are proud to welcome him to our team and look forward to working with him to help the five million Americans who are living with Alzheimer’s disease.”

“I am thankful for the privilege of working with such a talented group of individuals dedicated to helping families cope with this terrible disease,” said Mr. Didora.

Mr. Didora is a Partner of the law firm of Abrams, Fensterman, Fensterman, Eisman, Formato, Ferrara, Wolf & Carone, LLP.  As Director of the firm’s Commercial Litigation department, he has represented clients from individuals to local businesses and Fortune 500 companies on matters such as business torts, commercial real estate, intellectual property and trademarking.  Mr. Didora, a graduate of Fordham University and St. John’s School of Law, has also lectured on a variety of topics involving commercial law and authored several articles which have appeared in the New York Law Journal, Newsday, and Nassau Lawyer.

The fight against Alzheimer’s disease is a cause which is very personal to Mr. Didora.  His maternal grandmother had Alzheimer’s in the 1990s, and he witnessed how the disease impacted her and the other members of his family.  Those experiences inspired him to give back and help other families who are going through the same fight.  As an Associate Board Member, Mr. Didora will be working with AFA to help enhance programs and services for individuals with Alzheimer’s disease, raise awareness about the disease and provide support and training to caregivers.