The Alzheimer’s Foundation of America (AFA), a leading national nonprofit organization dedicated to providing optimal care and services for people with Alzheimer’s disease and their families, is urging President Barack Obama to continue to take a bold stand in the fight against Alzheimer’s disease, the sixth leading cause of death among Americans. In a letter sent this week, from AFA’s president and CEO Charles J. Fuschillo, Jr., AFA requested that an additional $1 billion be appropriated for Alzheimer’s research in the Administration’s budget for fiscal year 2017 (FY’17). The Foundation also requested $40 million in enhanced investments for caregiver supports and services in FY’17.

AFA thanked President Obama and Congress for their leadership in bringing Alzheimer’s disease into the national conversation and recognized that their efforts have helped elevate eradicating this disease to a national priority. Under President Obama’s watch, a national Alzheimer’s plan was established which set an aggressive, but attainable, goal of finding a cure or modifying treatment by 2025. In addition, the FY’16 federal budget contained a historic 60 percent increase in Alzheimer’s disease research at the National Institute of Aging (NIA), the main agency responsible for Alzheimer’s disease research at the National Institutes of Health (NIH). Yet Alzheimer’s research still lags behind other disease states such as HIV, cancer and heart disease.

“As a former caregiver, I count myself one among the tens of millions who have witnessed firsthand the devastating effect of Alzheimer’s disease on a loved one – in my case, my mother,” said Bert E. Brodsky, AFA’s founder and board chairman . “I made a promise to myself that I would do all that I could to make sure that we end this disease. I commend President Obama and Congress for their efforts in leading the charge on a federal level, and remain hopeful that they will significantly increase funding to help realize the National Plan’s goal of finding a cure or meaningful treatment for the disease by 2025.”

AFA’s requested $40 million increase for caregiver services at the Administration for Community Living would fund Alzheimer’s disease demonstration grants, case management, respite care and caregiver training and support under the Alzheimer’s Disease Initiative. Such services are crucial in helping caregivers cope with daily challenges of the disease and helps individuals living with Alzheimer’s disease have better health outcomes and can delay the need for costly nursing home placement—two things that save precious government resources. AFA also requested $5 million go to the Department of Justice in FY’17 to fund the Missing Alzheimer’s Disease Patient Alert Program.

AFA is grateful to President Obama and his Administration for their continued efforts in supporting our nation’s growing population of people impacted by dementia and their family caregivers.
For more information about AFA and or to reach its national toll-free helpline, call 866-232-8484 or visit www.alzfdn.org.

About Alzheimer’s Foundation of America (AFA)

The Alzheimer’s Foundation of America is a non-profit founded to fill the gap that existed on a national level assuring quality of care and excellence in service to individuals with Alzheimer’s disease and related illnesses, and to their caregivers and families. AFA unites more than 2,400 member organizations from coast-to-coast that are dedicated to meeting the educational, social, emotional and practical needs of individuals with Alzheimer’s disease and their families. Under AFA’s umbrella, these organizations collaborate on education, resources, best practices and advocacy —all resulting in better care for people affected by the disease. AFA’s services include a national, toll-free helpline staffed by licensed social workers, educational materials, professional training, community outreach, free quarterly caregiver magazine, research funding, public advocacy and programmatic services. For more information about AFA, call toll-free 866-232-8484, visit www.alzfdn.org, follow us on Twitter, or connect with us on Facebook. 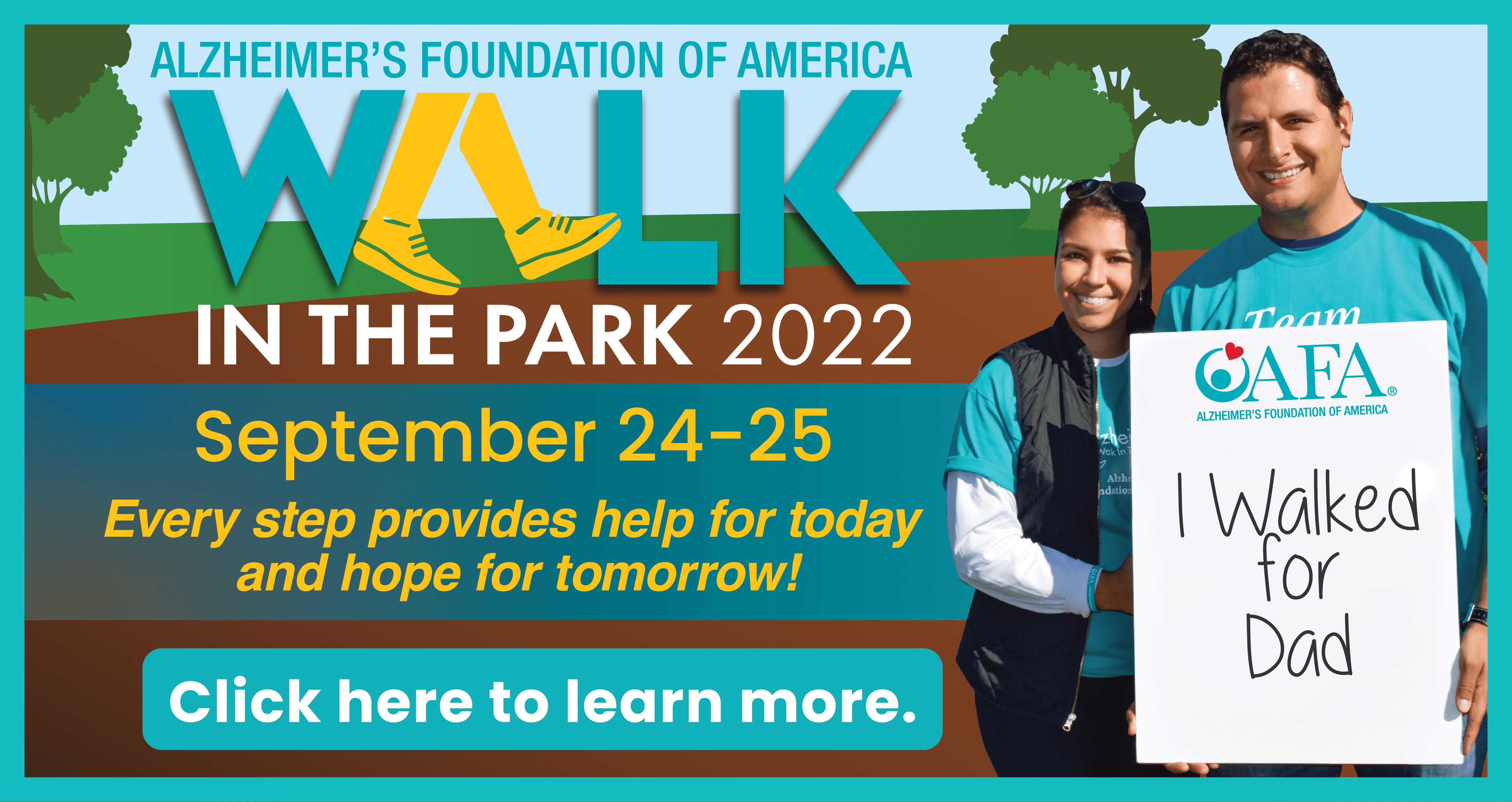