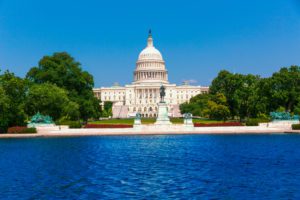 (December 19, 2019)—Upon the passage of Health and Human Services (HHS) budget for fiscal year (FY) 2020 with an additional $350 million designated for Alzheimer’s disease research—bringing federal funding to find an Alzheimer’s cure to a total of $2.82 billion—the Alzheimer’s Foundation of America (AFA) issued the following statement from its President and CEO, Charles J. Fuschillo, Jr.:

“This an historic day in the ongoing fight against Alzheimer’s disease.  AFA applauds the federal government’s commitment to enhance funding for clinical research toward a cure/treatment for this relentless disease. Alzheimer’s is a growing public health crisis that affects more families every day.  Continued scientific research is the only way we to make the breakthrough everyone is hoping for.”

“AFA is also heartened by the $10 million appropriation to the Centers for Disease Control and Prevention (CDC) to begin the implementation of the BOLD* law. This will create a pathway towards treatment for millions by funding the establishment of centers for brain health and diagnosis.” *The Building Our Largest Dementia Infrastructure for Alzheimer’s Act (BOLD) became law in early 2019.

“While AFA is also grateful for $26.5 million allocation to the Administration of Community Living (ACL) for Alzheimer’s disease programs, we wish it could be more.  Family caregivers are on the front lines in the fight against Alzheimer’s.  Caregiving support services are critical to enabling people to live where they choose and maintain a quality of life.”

More than 5.8 million Americans are living with Alzheimer’s disease today. As baby boomers age, the incidence is expected to nearly triple to 14 million by 2060, according to the CDC. The corresponding financial burden of Alzheimer’s disease on the U.S. will skyrocket from $307 billion to $1.5 trillion. Alzheimer’s is the sixth leading cause of death in the US, and the only one in the top ten without a cure or disease modifying treatment.

The HHS budget for FY 2020 has been passed by the House and Senate and is expected to be signed by the President.